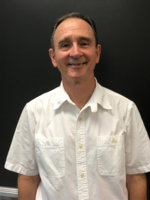 David (Dave) Fagan, retired after 27 years active service as a military officer in the Army Corps of Engineers, and 13 years working as a Program Manager with Concurrent Technologies Corporation (CTC), a technical services corporation.  Since retirement, Dave has been active supporting his son Kevin, a Camp Inclusion graduate, in programs supporting Kevin’s cognitive and physical development.  Over the past 15 years Dave has served as a parent volunteer, program coordinator, coach and management team member with Howard County Special Olympics (HOCO).  In these capacities, he has worked and coordinated directly with Maryland State Special Olympics and is very familiar with Special Olympics programs and venues.  For the past 5 years, Dave has served as the Director for HOCO’s annual state-wide Spring Softball Invitational – the county’s largest single Special Olympic sports competition.  Partnering with Howard County’s Parks and Recreation Department, the County Police, and local vendors,  the tournament regularly attracts some 550 special athletes, coaches and volunteers from around the state.

Heidi is currently employed at Howard County Public Schools working as a special educator and team leader at the elementary level.  Heidi works directly with AJ supporting their students at school to be as inclusive as possible. Heidi became interested in Camp Inclusion after many discussions with AJ about the program and is excited to be part of the team. She understands the importance of the program and believe strongly in Camp Inclusion's mission to "build supportive and inclusive friendships." In addition to teaching, Heidi also owns and manages a local bakery called "Once Upon a Crumb."